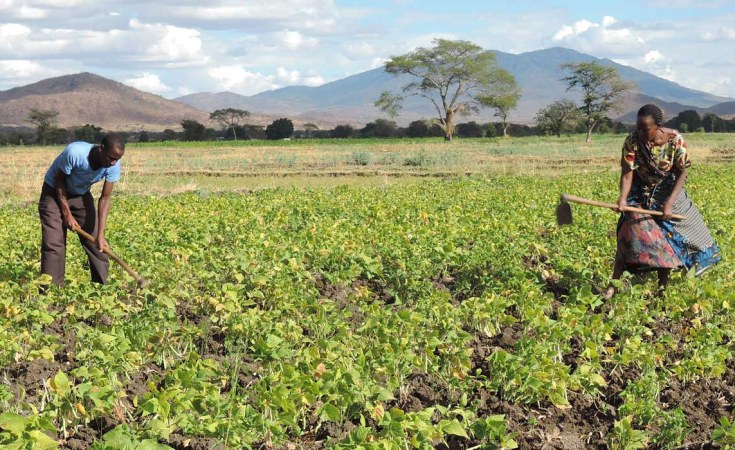 RESEARCH institutes in the country have been called upon to liaise with farmers so as to identify areas where to grow strategic crops and increase productivity for farmers’ benefit.

Arusha Regional Commissioner (RC), Mr John Mongela said here over the weekend that steps should be taken to ensure food security in the country, for economic benefit of the nation generally.

RC Mongela issued a directive to researchers to stop taking many hours in their offices, instead should go out to meet farmers in their fields so as to issue right guidelines in agricultural production, including proper use of pesticides.

He was speaking when launching a policy workshop on research and health side effects on arbitrary use of pesticides that was organized by Tanzania Plant Health and Pesticide Authority (TPHPA) that brought together growers, policy makers and other pesticides stakeholders.

The RC noted that currently there is a challenge in getting crops with the required standard in the international market because of the fact that productivity is low and lack of proper use of pesticides.

“You find that a businessperson has come, and in demand of 100,000 tonnes of maize, but because by international standards the maize must have been produced from quality seeds, treated with proper fertilizer and grown on the right geographical area. Unfortunately you find maize are available, but are mixed of different seeds, fertilizers and areas grown,” noted Mr Mongela.

He talked of the same thing in regards to pineapple, whereby there are different tastes hence each kind should be on different category and proper and enough expert opinion should be given to elaborate the tests.

RC Mongela called on the researchers, research institutions to make sure they look at that and farmers should adhere to right instructions given by agricultural experts.

Acting TPHPA Director, Dr Efreim Njau said the authority has already been issued with accreditation to sell crops in the international markets after being verified at their laboratory that is equipped with state-of-the art equipment.

Mr Michael Kembeki, who is a member of the Parliamentarian Committee on Agriculture, Livestock and Water, noted that agricultural sector employs 80 per cent of Tanzanians, so the sector has to be given priority.

Representative of the French Embassy in Tanzania, Cecil Frobert said that side effects of pesticides and the environment are huge, giving an example of France situation, saying some water do not use tap water because of fear that it is contaminated with pesticides that lead to ailments such as cancer.

“The Embassy will continue to cooperate with different institutions and authorities that carry on research on pesticides so as to establish the side effects of their use on living organisms and the environment,” the representative pledged.