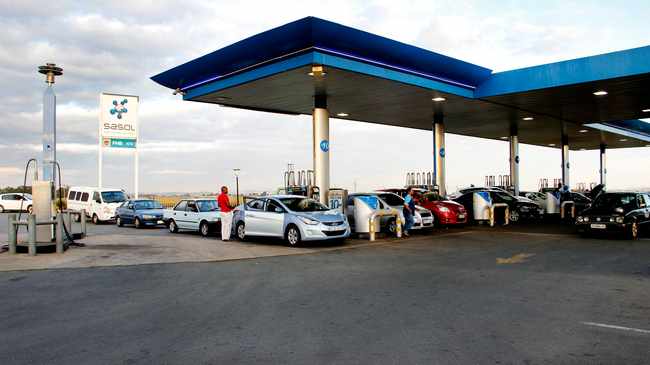 Sasol announced a feasibility study to explore the potential of Boegoebaai, in the Northern Cape, as an export hub for green hydrogen and ammonia. Picture: Nicholas Thabo Tau.

Sasol has announced big plans for a potentially massive “green hydrogen” project which could produce additional renewable gas for export markets, create jobs for the country, and boost economic growth. The global integrated chemicals and energy company yesterday announced a feasibility study to explore the potential of Boegoebaai, in the Northern Cape, as an export hub for green hydrogen and ammonia.

Sasol said it had signed a memorandum of agreement with the Northern Cape Development Agency to lead the feasibility study. The project has the potential to produce up to 400 kilotons of hydrogen per annum, which will require renewable energy in the order of 9 gigawatts. This equates to approximately 20 percent of South Africa’s installed capacity.

Mabelane said this will also be anchored by local demand for green hydrogen.

Hydrogen has the potential to decarbonise various industrial sectors, including long-haul and heavy-duty transport, mining and others.

“We believe that southern Africa is well positioned to play in the global green hydrogen economy due to key structural advantages,” Mabelane said

“In particular, our proprietary Fischer-Tropsch technologies and renewable endowments are some of the best in the world.

“There is potential to create an ecosystem anchored on localisation to enable long-term, sustainable benefits for communities and the country.

“The project has the potential to provide a significant number of long-term sustainable jobs, infrastructure investment and skills development in the country, enabling a just transition.”

Mabelane said green hydrogen can contribute R100 billion per annum to the economy as well as jobs and skills development.

Sasol has been playing a leading role in establishing the southern Africa green hydrogen economy by signing agreements with various stakeholders to leverage its world class renewable resources endowment and infrastructure.

The Boegoebaai “green hydrogen” development has been designated a Strategic Integrated Project (SIP) and is located in the Namakwa Special Economic Zone (SEZ).

This study is expected to take approximately 24 months, and its outcomes will determine the next step of development.

In parallel, Sasol has partnered with the Industrial Development Corporation (IDC) who will provide joint funding for the feasibility study.

The project comes as the government grows increasingly concerned about private sector capital investments to plug the infrastructure funding gap in South Africa.

Speaking at the second annual Sustainable Infrastructure Development Symposium SA yesterday, Minister of Public Works and Infrastructure Patricia de Lille presented the second round of 55 projects to raise funding to get them into construction

De Lille said the 55 new projects being presented to the market were from various sectors valued at around R595 billion, with a funding gap of around R441bn.

She said the estimated employment opportunities from these projects amounted to over 538 500 jobs.

“As the government and the private sector we have to work closer together to disrupt the old way of doing things, quickly address policy reforms, raise the necessary funding to get infrastructure delivery done right for the sake of our economy and our people who not only need infrastructure in their daily lives but desperately need jobs.

Minister in the Presidency Mondli Gungubele said the symposium was aimed at contributing to industrialisation and job creation.

“The interventions identified will boost demand and ensure effective co-ordination of all infrastructure players,” he said.

“It is envisaged that these interventions will also contribute to building a resilient economy by accelerating the delivery of infrastructure.”

A giant leap for Norway as a battery powerhouse