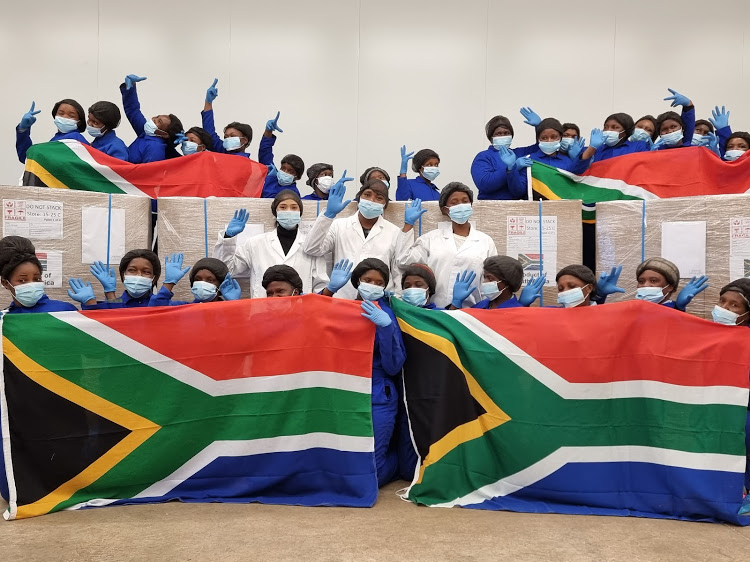 Stellenbosch-based Felbridge has bid farewell to its first batch of high quality medical cannabis, destined for the European market.

South Africa has despatched its first commercial export of medical cannabis, representing a milestone for the country’s burgeoning green economy.

The shipment of Dry Cannabis Flower left for Switzerland last week from Cape Town International Airport, and was received by the client. It is the first of several shipments to the Swiss client and follows a historic first shipment of cannabis in-vitro tissue culture to a licensed producer in North Macedonia.

The cannabis was produced and exported by Felbridge, a leading South African cannabis cultivator and supplier. The company is owned by the Zetler family, who are better known for their strawberry farms. They opened a cannabis division in 2019 when permission was granted for a 14,000m² facility in Stellenbosch.

“Exporting South Africa’s first commercial shipment of medical cannabis to Europe represents our most significant milestone to date,” said Leslie Zetler, Felbridge CEO. “It is a major achievement not only for our group but for the South African cannabis and hemp industry and it reinforces our belief that our genetics, which are developed using artificial intelligence breeding technologies, will continue to experience strong demand from the European market.

“We believe that we have taken a giant first step in answering the call of the president who in his 2020 state of the nation address called for the development of the local industry in line with global trends,” Zetler said.

According to the company’s website, the Zetler family have been farming in the Stellenbosch district for four generations. They have repurposed some of their greenhouses at their winelands facility to accommodate cannabis, in accordance with conditions prescribed by the South African Health Products Regulatory Authority.

In their statement, the company said in addition to producing cannabis it was also positioning itself to help other licensed cultivators to access the global market.

“Navigating the highly regulated global cannabis market can be challenging for smaller producers and Felbridge is bridging this gap by providing licensed cultivators with genetically superior cannabis and hemp genetics in the form required – whether in seed, rooted clones or in-vitro tissue, which meet the quality and regulatory demands of its customers.

“Our special focus will be on emerging farmers with the requisite skills, licensing and infrastructure to cultivate high-quality medical cannabis flower for export to our existing customers as well as establishing new markets for our products,” Zetler said.

To this end Felbridge could draw on key relationships with international companies and local institutions, he added.