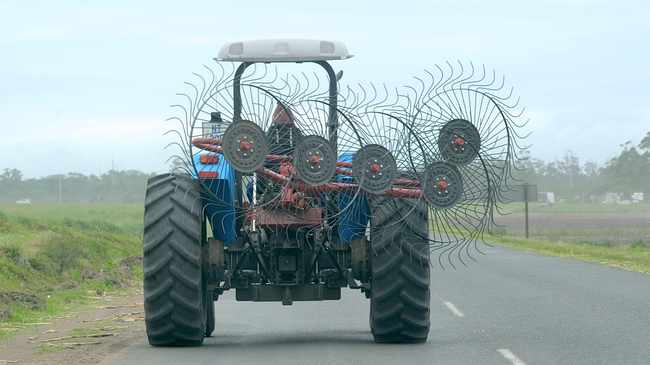 The Industrial Development Corporation (IDC), in partnership with the Department of Agriculture, Land Reform and Rural Development (Dalrrd) launched the fund yesterday.

The department will finance the project, while the state-owned IDC will run the project, which will have an initial duration of 10 years. The fund would be used alongside the IDC’s other internal funding products to support businesses through a blended approach.

Grants would be based on pre-set qualifying criteria and would allow acceptance of a long-term lease agreement and Permission-to-Occupy as adequate security to enable access to funding unlike previously.

Didiza said: “It is a financing model in which the state would be leveraging private sector investments. The department uses its grants to leverage private sector investment towards increasing and expanding production on land reform fronts, communal lands and privately owned farms. This will also help accelerate land redistribution by supporting the acquisition of agricultural land and assets along the value chain.”

to the Poultry and Sugar Masterplans identified as critical elements to support such growth and development in the sector.

The fund also comes at a key time for local agriculture, knocked by Covid-19, as the Land and Agricultural Development Bank of SA faces myriad challenges, inlcuding a credit rating downgrade, deteriorating book quality, low liquidity, a weak economy, several livestock diseases, drought in many areas and many resignations of key bank staff.

IDC chief executive TP Nchocho said: “For us, as the IDC, this development demonstrates government’s trust in the IDC’s ability to play an impactful role in South Africa’s economic recovery. The broader agricultural sector is central to the recovery of the local economy but most importantly, this fund’s objectives are consistent with the IDC’s role in increasing the number of black commercial farmers.”

Talking about the impact of Covid19 on the IDC, Nchocho said: “We have gone through the worst … Our balance sheet has recovered, we continue to have access to international and local funding processes and, therefore, capital availability was positive, making them able to combine strengths and leverage blended financing programmes,” said Nchocho.

He said the IDC had a portfolio of just more than R4 billion already invested in the sector and intended to double it in three years.

Department of Trade, Industry and Competition Minister Ebrahim Patel said agriculture was significant to the country’s gross domestic product and trade and that the fund suited the broader efforts seeking to build strong foundations for agriculture and agro-processing as well as the economy. “We have vast agricultural land more than any other country on the African continent and in fact the World Bank ranks South Africa 12th of countries with agricultural land …

“We also have diverse climates across the country that allowed the growth of different fruits and livestock. This deepens the opportunity that comes from this capabilities and the land has to create new bustling value chains of agro-processed goods downstream,” Patel said.