Nigeria: Special Report – How Nigeria’s Maize Production Has Grown Since 1960 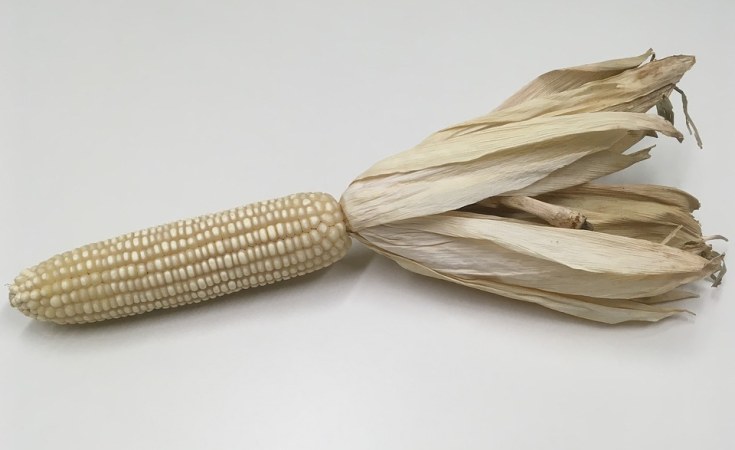 Farmers now worry about the takeoff of the African Continental Free Trade Area.

Nigeria is producing 10 times more maize yearly now than it did at independence in 1960, data from the United States Department of Agriculture (USDA) shows.

But despite now being the second largest producer of the commodity in Africa, farmers are worried that cheaper maize imported from other African countries will crash the price in the country’s market and also limit their share of the larger African market.

The USDA data also shows that Nigeria’s yearly national production figure doubled between 1999 when the country returned to democracy and 2019, and that the figures in the last five years are the highest ever.

This streak of high production between 2014 and 2019 has taken Nigeria to the second spot among maize producers in Africa.

In the five years under the Buhari administration, average yearly production stood at 10.8 mmt. Under the preceding administrations of presidents Olusegun Obasanjo, Musa Yar’Adua and Goodluck Jonathan, the yearly averages were 5.5 mmt, 7.3 mmt and 9.0 mmt respectively, indicating that the progress has been consistent in the last 20 years.

Production of the commodity in Africa’s most populous country, where it is a staple food, jumped from 914,000 tonnes in 1960 to 11.0 million metric tonnes in 2019, growing at an average annual rate of 6.70 per cent, the data shows.

The National President, Maize Growers, Processors and Marketers Association of Nigeria (MAGPMAN), Uche Edwin, attributed the recent increase to investment in agriculture by the Buhari administration through the Anchor Borrowers’ Programme (ABP).

“Just for 2020 alone, the ABP has been able to empower over 150,000 farmers in advancing loans, inputs and cash to farmers,” Mr Edwin said. “It has helped in advancing technology and mechanisation with a view to support smallholders’ farmers.”

“We expect more investment in agriculture and with such investment we don’t expect anything less than higher produce, increase in maize production, in order to bridge the gap in both industrial and local consumption.”

According to the guidelines of the programme, upon harvest, the farmer repays their loans by taking their harvest to an ‘anchors’ who pay the cash equivalent to the farmer’s account.

Before the initiation of the ABP programme, Nigeria produced between seven and eight million metric tonnes of maize yearly, Mr Edwin said. He said the ABP has almost raised the figure to 12 mmt.

ABP got its takeoff grant from the N220 billion Micro, Small and Medium Enterprises Development Fund (MSMEDF). Under the programme, farmers get loans at nine per cent interest rate and pay back based on the gestation period of their commodities.

In August 2019, the Nigerian government closed its land borders to curb the influx of smuggled goods from neighbouring countries such as Benin, Niger and Cameroon, and as well boost local food production. The controversial measure came three months after Nigeria signed the African Continental Free Trade Area (ACFTA) Agreement, which aims to create a continental borderless market.

However, President Buhari last December approved reopened four of the major land borders. This came ahead of the takeoff of AfCFTA on the first day of this year.

He said farmers had purchased inputs at high cost believing they had exclusive access to the Nigerian market due the border closure.

“But that won’t be the case for them with the reopening of the borders,” he said.

“In previous years, we sold a bag of Nigerian maize during November between N5000 and N7000, depending on the location.

He said reopening of the borders will allow traders to bring in cheaper maize to the country, and crash the market. He lamented that farmers would be forced to sell cheap after producing with very expensive inputs.

“A lot of maize farmers felt demoralised when the borders were reopened because they had cultivated with a high cost of inputs and they were confident that they would sell, knowing the borders were closed. But now that the borders are opened, it has negative implications for farmers,” Mr Aneke said.

But despite the high production in recent years, Nigeria has not met domestic and industrial demands.

Experts attributed the shortfall to the border closure, ban on forex for maize importation and lockdown due to the coronavirus pandemic.

Data obtained from USDA and analysed by PREMIUM TIMES shows that Nigeria imported its second-largest volume of maize in a decade in 2019, maintaining the same level it recorded the previous year, despite calls by farmers for a restriction on the importation of the cereal.

A day after a report by this newspaper on the development, the CBN on July 14 announced a ban on maize importation in an effort to boost local production.

As of January 2021, the index shows that Nigeria is the 40th largest importer of maize in the world, while South Africa is not on the list.

However, he said with the huge support maize farmers are getting from the federal government through the CBN, the gap would be bridged in no distant time.

In the bid to mitigate the effect of maize scarcity on the country’s livestock value chains, the Central Bank of Nigeria (CBN) granted approval to four agro-processing companies to import 262,000 tonnes of maize and corn.

According to a report by the International Institute of Tropical Agriculture (IITA), maize is the most important cereal crop in sub-Saharan Africa and an important staple food for more than 1.2 billion people in the region and Latin America.

It said more than 300 million Africans depend on maize as the main staple food since all parts of the crop can be used for food and non-food products.

The report noted that maize accounts for 30-50 per cent of low-income household expenditure in Africa, while over 30 per cent of the caloric intake of people in sub‐Saharan Africa comes from maize.

“For these reasons, several African countries that depend on maize as a staple food crop, have adopted agricultural policies to maintain a steady supply of the commodity through increased production and productivity of the crop,” the IITA report read.

He said people all over Nigeria are beginning to see the potential of agriculture and crop production and that with or without the ABP initiative, many individuals are financing people who are into crop production.

He said local production would have been much higher “if we did not experience the issues of the global warming, the rain shortage, the pandemic and the rise in the cost of inputs.”

In 2015, Nigeria was Africa’s largest producer but it was overthrown by South Africa in 2016 and remains second to date.

The report stated that maize occupies approximately 24 per cent of farmland in Africa, while the average yield stagnates at around two tonnes per hectare per year.

Africa still imports about 28 per cent of its required maize grain as most of the maize production in the continent is done under rain-fed conditions. Irregular rainfall can trigger shortages and famines during occasional droughts, the IITA report noted.

Getting value out of the maize chain

The maize value chain is a very viable one in Nigeria, but ignorance among maize farmers remains a major challenge, a professor of soil chemistry at the Federal University of Agriculture Abeokuta, who is also a maize farmer, Jamiu Azeez, said.

“Our farmers are not adopting the use of hybrid seeds. Most often than not, what they plant are the maize grains that are meant for consumption, or meant for the industries or used as animal feeds,” he said. “They (farmers) just go to a local market to buy maize grain instead of buying hybrid seeds.”

“If you’re producing maize, it needs Nitrogen, Phosphorus and Potassium (NPK. We need to do ‘initial soil test’ in order to determine the state of the soil before planting. If you know the initial status, then you would know what to give as regards fertiliser application,” he added.

“Be ready to give the maize supplemental irrigation if rain doesn’t fall and follow the normal agronomic practices, apply fertiliser at two weeks, six weeks. If there are insect attacks, then apply insecticide. Then you are guaranteed of bountiful yield,” Mr Azeez said.