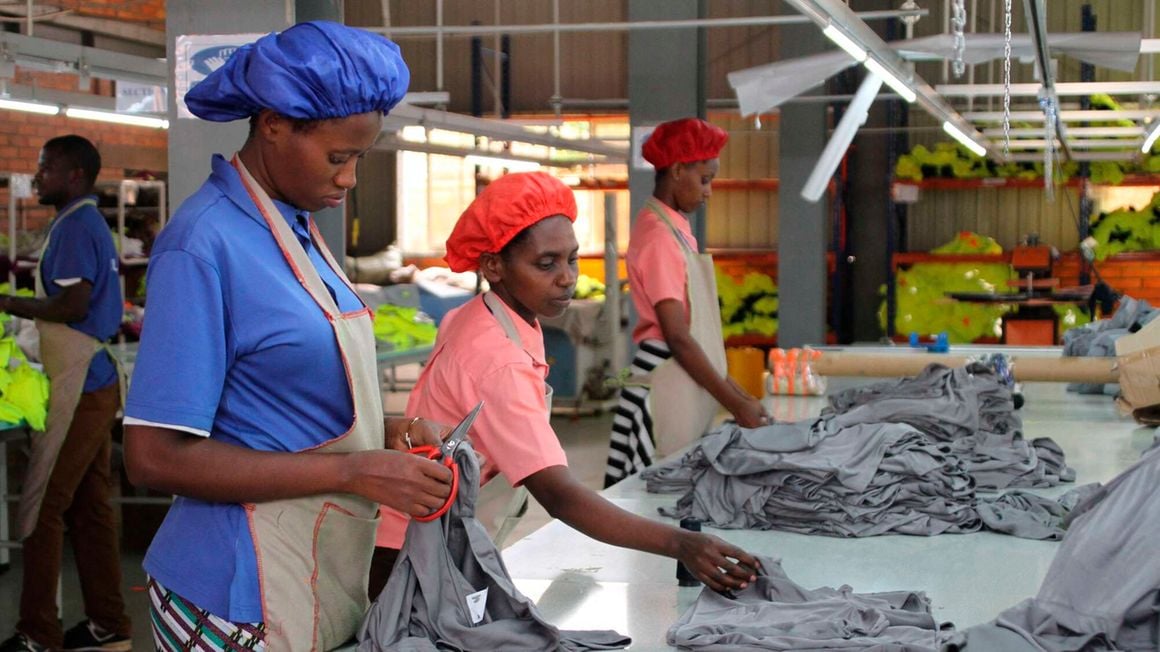 Women working at the Chinese clothing company G&H Garments. The company has been producing sportswear, workwear and protective clothing in Rwanda for three years, mainly for export to the US and Europe. PHOTO | AFP

Traders are looking forward to the restoration of the Africa Growth Opportunity Act (AGOA) agreement between Rwanda and the United States after the recently held US-Africa Summit to boost their exports.

It has been five years since the US removed Rwanda from countries that enjoy duty-free exports to the US under Agoa. The decision was made after Kigali refused to rescind a decision to lock out second-hand clothes and shoes.

Textile producers, who took the hit when Rwanda was removed from the agreements have resorted to alternative western and African markets.

Traders, particularly in the textile and fashion industry, told Rwanda Today that it would be beneficial for them if both countries considered adding Rwanda back to the list of beneficiaries of AGOA. Rwanda is currently eligible for only limited preferential trade benefits under the AGOA.

Rwanda was removed from the list of AGOA beneficiary countries in 2018 but neighbouring countries remained on the list. This led Rwandan small-scale traders to start sourcing the same banned clothes from other countries including DR Congo and Tanzania.

Second-hand clothes are now among the most smuggled items. “It has been years now and my production has grown significantly. Every incentive and facility to allow us to trade with other countries is welcome, including AGOA,” said Joselyne Umutoniwase, entrepreneur and fashion designer.

Rwanda banned second-hand clothes as an attempt to promote and create a market for locally made clothes. Rwanda’s textile industry was among the hardest hit during the Covid-19 pandemic. Some businesses resorted to producing reusable face masks to stay afloat.

Restoring the AGOA agreements with Rwanda would mean that textile manufacturers can export their products to the US duty-free.