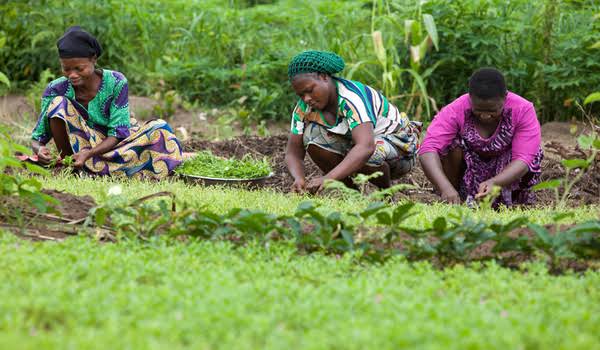 The Benue Chairman, All Farmers Association of Nigeria (AFAN), Aondongu Saaku, has said women contribute 80 per cent to agricultural production, particularly in Nigeria.

He said that women were the back-bone of agricultural production in the country, stressing that sadly, they were still using crude farm implements.

The AFAN chairman sued for support from both government and other agriculture-based organisations to enable them to produce enough food for the country.

The Director, Agricultural Services, state Ministry of Agriculture, Thomas Unongo, said that the ministry was giving women adequate and preferential treatment to encourage them to continue to produce food for the nation.

Mr Unongo said that the ministry was gender-sensitive and was always ready to address issues relating to women.

“We have directed the agricultural officers in the 23 Agriculture Redemption Centres across the state to give priority to women during input distribution,” Unongo said.

Mr Unongo promised that the ministry would continue to support women by making inputs available to them on time.

Also, the Chairman of Oju Local Government Area of the state, Evelyn Okwe, lamented that women were denied access to farm lands, stressing that such development was hampering agricultural activities.

Ms Okwe called for a change of attitude by men who were responsible for the trend, adding that women should be allowed to inherit lands.

She pledged that she would join forces with the other eight female chairmen in the state to support women in the sector.