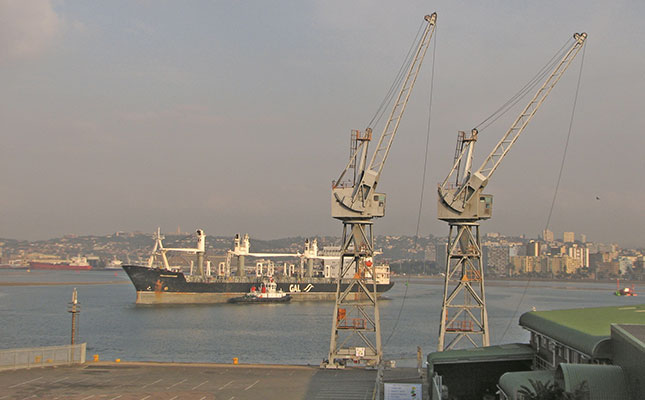 South Africa’s agricultural exports saw a 12% or about R51 billion quarter-on-quarter increase during the second quarter of the year, according to the latest trade data released by the Statistics South Africa (Stats SA) on Tuesday (6 September).

Wandile Sihlobo, chief economist at Agbiz, attributed the growth to the sizeable agricultural output volume in the 2021/22 production season, and general solid global demand, even at higher maize prices.

“Maize, apples, pears, grapes and sunflower oil [exports] saw a significant uptick, and thus overshadowed a 22% decline in citrus exports [resulting from] the EU’s introduction of new plant safety regulations to curb false coddling moth, and a 42% decline in wool exports because of China’s export ban in response to the [current] foot-and-mouth disease (FMD) outbreaks.”

Sihlobo said he expected agricultural exports to soften in the third and fourth quarters, resulting in total exports for the year being slightly lower than last year, yet in a positive balance.

This was primarily due to the fact that the 2021/22 maize harvest was expected to be 8% lower at 15 million tons than the previous season, the impact of EU’s new plant safety regulations on citrus exports, and the impact of FMD on meat and wool exports.

The Russia-Ukraine war would also impact trade, and had already resulted in the slowing down of citrus exports because of the loss of markets in the Black Sea region.

Sihlobo stressed that any improvements in production through the implementation of various development plans, such as the Agriculture and Agro-processing Master Plan, needed to be anchored in the development of new markets, yet not at the cost of existing markets, such as the EU and Asia.

He identified Japan, China, India, Saudi Arabia, Bangladesh, the Philippines and South Korea as key markets where South African agribusinesses and farmers were interested in expanding their presence.

Along with this, domestic efforts to improve the logistical value chain, port services, energy and water security for farmers needed to be increased to help maintain a competitive edge in the industry, he added.

“We have already seen a healthy performance in the agriculture machinery sector, with cumulative tractor and combine sales for the seven months to July rising by 20% and 50% respectively, relative to the same period in 2021.”

While export figures had increased, agricultural gross value-added figures contracted by 7,7% in the second quarter to R117 billion, contributing -0,2% to GDP growth, according to data released by Stats SA.

The contraction was attributed to a decline in animal production, which accounted for about half of the sector’s value-added income, as a result of the FMD outbreak and rising feeding costs.

Sihlobo said Agbiz expected a mild contraction of between 3% to 5% over the entire year, on the back of the decline in some field crop harvest volumes and continued challenges in the livestock industry.

“Agriculture is not in a bad shape. The output in a range of commodities is well above the long-term levels, which speaks to the exceptional performance of the past two years rather than current production conditions.

“The sector can return to a growth path if the livestock disease is controlled and we get a favourable rainy season in 2022/23 summer.”