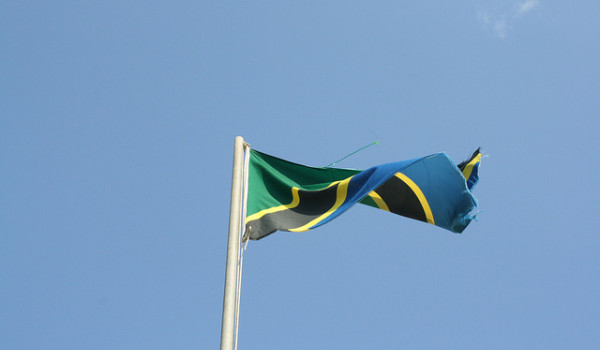 Despite the spillover effects of the war in Ukraine and lingering impact of Covid-19, Tanzania’s economy grew by an impressive 5.4 percent in the first quarter of 2022.

This puts the country on track to achieving its 2022 growth target of 4.7 percent.

Initially, the government had set itself a target of boosting economic output by 5.5 percent.

However, with the Ukraine war, which saw prices of fuel, cooking oil, wheat and fertiliser, among other essential items, rise due to disruptions of supply chains after the US and its allies imposed sanctions on Russia, Tanzania reviewed its GDP growth targets.

Finance and Planning minister Mwigulu Nchemba said in Parliament in June that the country has revised its real GDP growth rate for 2022 to 4.7 percent.

But latest data by the National Bureau of Statistics (NBS) shows that Tanzania’s quarterly GDP was at Sh34.9 trillion in the period from January to March, an increase from Sh33.1 trillion that was registered during a similar period last year.

The data – measured by economic trends at current and constant prices – shows that Tanzania actually did well during the first quarter of 2022 because during a similar period in 2021, the economy expanded by five percent.

Trade and repair contributed 6.7 percent, while finance and insurance activities injected 6.4 percent into the economy.

Economist Humphrey Moshi said the positive momentum from the key economic activities coupled with government drive to foster investment ensures the achievement of 4.7 percent growth target and even higher.

He said, however, the country would need to emphasise more on building capacity and improve local production to cater for the supply shortages such in the case of commodities like wheat and cooking oil.

“It’s time to build self-reliance by increasing yields from agriculture through promoting irrigation and provide subsidy to farmers and others in order to reduce the overdependence on European imports and secure our economy against any risks associated with disturbances in supply chains,” prof Moshi said.

He also noted that the country can also utilise its regional integration and strengthen bilateral ties in Africa to find alternative supply sources which are less costly compared to Europe.

The economic recovery in 2022 has also been aided by the return of foreign investments and tourism activities, according to a prominent economist and consultant, Prof Samuel Wangwe.

“We have seen positive signs from the start of the year, there is an active investment drive with huge support from the government regardless of the challenges like rising fuel prices and inflation, Tanzania is on a right track to meet its 2022 target,” said Prof Wangwe.

Positive economic sentiments were also echoed by the Monetary Policy Committee (MPC) which said after its 221st Meeting on August 5, 2022 that the trend of the country’s economic growth aligned with the plans and expectations as the government targets 4.7 percent annual growth rate this year.

“The performance of the domestic economy in the first and second quarters was broadly in line with the 2022 growth projection of 4.7 percent and 5.4 percent for Tanzania Mainland and Zanzibar, respectively,” MPC said in its statement.