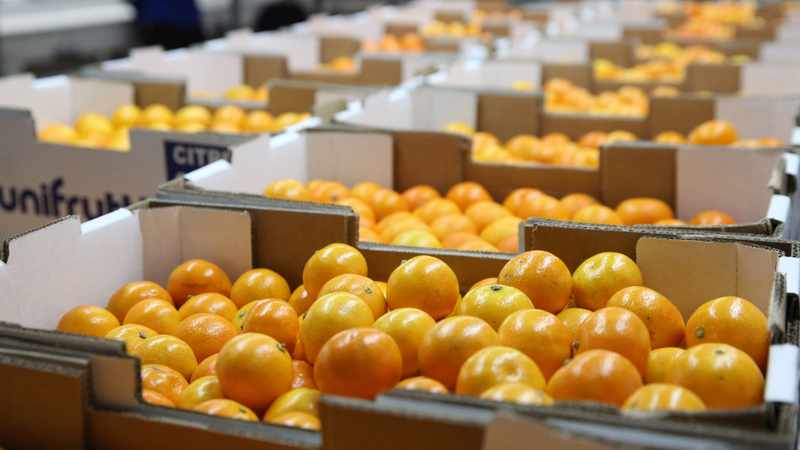 SOUTH Africa’s agricultural export activity would likely soften from last year’s record of $12.4 billion (R203bn) due to headwinds, which will weigh on the export activity this year, the Agricultural Business Chamber (Agbiz) said yesterday.

Agbiz chief economist Wandile Sihlobo said the changes in export volumes and values might not show in the first half of this year, but would likely reflect in the second.

“South Africa’s agricultural exports for the first five months of this year amounted to $5.06bn, up just two percent from the corresponding period in 2021. Over this period, the European Union, United Kingdom, Japan, United Arab Emirates and several African countries were still the primary markets. Citrus, maize, apples and pears, wine, dates, figs, nuts, fruit juices and wool were among the most dominant exportable products,” Sihlobo said.

Agbiz was worried exports would deteriorate in April, following the severe floods that damaged infrastructure in KwaZulu-Natal and the Port of Durban

Transnet and other logistics role-players had worked hard to restore the functioning of the Port of Durban after the floods, which led to the export data partially reflecting how soon the activity was restored in the major exporting route. The other ports in the country also helped with exports during the challenging times in KwaZulu-Natal.

Sihlobo said the spread of foot-and-mouth disease in the livestock industry intensified from the end of April, resulting in exports of wool, beef and other livestock products facing restrictions in key markets such as China, mainly from May.

“The discussions between the South African and Chinese authorities are still underway. In the meantime, exports of wool have declined significantly since the announcement of the temporary ban by China. We expect the impact to reflect largely in the third quarter of the year trade data. The same is true for beef exports, although the wool and beef export regulations differ.”

Sihlobo said there was a unique protocol with China to handle the export of wool, even when there was a foot-and-mouth disease outbreak in South Africa. However, beef exports had no such protocol and were mainly exposed to such outbreaks, compared to the sheep and goat industries.

He said the South African wool industry had not received a clear direction about China’s adherence to the agreement reached between the two countries to facilitate wool exports during foot-and-mouth disease outbreaks. The South African government could help in resolving this impasse and should thus deepen its engagements with China.

With regards to citrus, the EU had imposed protectionist measures on agriculture in July by changing its plant safety regulations for citrus, without notifying its trading partners within a reasonable time. The new regulation was said to be intended to protect the EU from a quarantine organism – false codling moth – by introducing stringent new cold treatment requirements, particularly on citrus imports from Africa. The safety regulations were mainly impacting South Africa, Zimbabwe and Eswatini.

Sihlobo said South Africa had put rigorous measures in place to control false codling moth, which the EU was using as a pretext to restrict citrus imports from Africa.

“Hence, we view this as a cover to protect the EU’s citrus-growing countries like Spain, and will increase costs to the Southern African citrus growers. In the last couple of weeks of July, into August, South African citrus growers struggled to gain access to the EU market because of these changes in regulations. The breakthrough for the shipments stranded in the EU waters came in the second week of August. Still, the challenge of the new regulations remains for export activity in the months ahead. The solution to this challenge requires a continuous and intensified engagement by the South African government with the EU authorities.”

The agricultural chamber said the decline in crop output did not risk domestic food security, but it reduced the available supplies for the export market. It also said the most notable decline in key exportable crops was maize, down by 10 percent from the 2020/21 season at an estimated 14.7 million tonnes.

As a result, it said it expected maize exports to amount to three million tonnes, down from roughly four million tonnes in the previous season. This deterioration in export volumes would show in the third and last quarter of the year.

“But the value will not be as robust as in 2021 when the sector reached a record $12.4bn. At the time, the increase in volume and value of exports was the key driver of activity. However, internal and external conditions have made for a relatively more challenging 2022. The reduction in production volume, biosecurity challenges and changes in export regulations in some of our key markets are the challenges that confront us this year,” Sihlobo said.