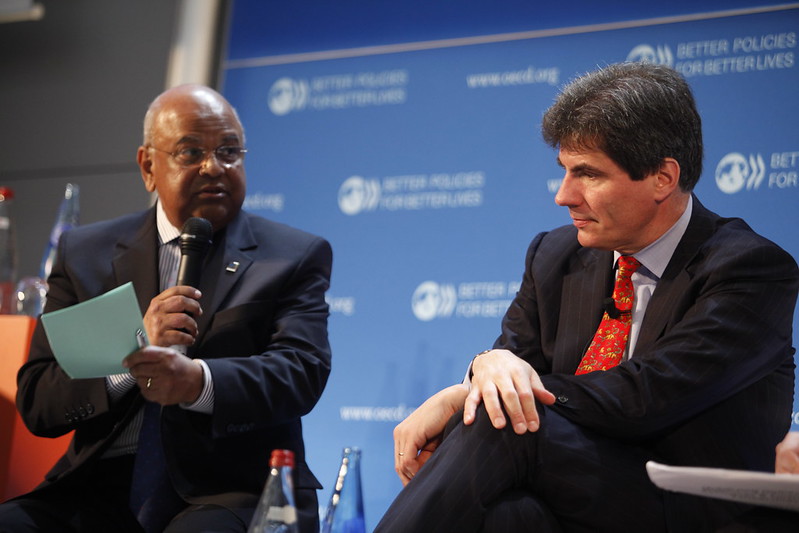 When a top Biden administration official was in Cape Town for a mining conference last month, he heard from a number of African nations desperate for foreign investment to help dig up critical minerals like lithium, manganese and cobalt.

At the same time, Under Secretary of State Jose Fernandez said, mining companies told him that they were reluctant to invest in some key resource-rich countries because of poor governance standards and a lack of transparency.

A new State Department initiative called the Minerals Security Partnership, which Fernandez announced this month, aims to bridge that gap by funneling foreign investment into a sector that supplies the raw materials crucial to the electric vehicle batteries and solar panels that underpin US efforts to usher in a greener economy.

The initiative — which includes Australia, Canada, Finland, France, Germany, Japan, South Korea, Sweden, the UK and the European Commission — is also about securing a resource supply chain that’s crucial to advanced manufacturing. But it remains almost totally dominated by China, which controls most of the market for processing and refining minerals such as cobalt, lithium and other rare earths.

“There’s this need, there’s this eagerness on the part of countries and you can go go down the list — the Democratic Republic of Congo is obviously one, but you know, Zambia, Ghana, you name it,” Fernandez said in an interview. “The success of our initiative will be: Are we able to get our companies and get our partners involved in projects that both make sense from an economic point of view but also improve livelihoods and don’t promote the resource curse?”

The resource curse is an expression used to describe the risk that the exploitation of natural resources will fuel corruption, instability or conflict.

The US is already sharing information with countries seeking foreign funding for mining projects and allied governments, foreign mining companies and financial institutions that can help kick-start projects, Fernandez said.

The State Department effort is part of a broader, longer-term Biden administration initiative to wean the US and its allies from China and other countries it sees as misusing their market dominance or geopolitical leverage.

Fernandez said the global food crisis and supply chain chaos sparked by Russia’s invasion of Ukraine is a reminder that nations need to ensure that key areas — from minerals and batteries to vaccines — aren’t vulnerable to geopolitical shocks.

He described the State Department minerals partnership as an attempt to play “midwife” between countries eager for investment and companies hesitant to violate environmental, social and governance principles, which would benefit the US by diversifying the sector and eventually help resource-rich countries transition into processing and refining projects that typically generate more revenue.

“There are a number of supply chains where we are vulnerable,” Fernandez said. “The goal is to build reliable, robust, critical mineral supply chains that adhere to high environmental, social and governance standards, and I think if we do that we should be able to diversify our supply chain.”