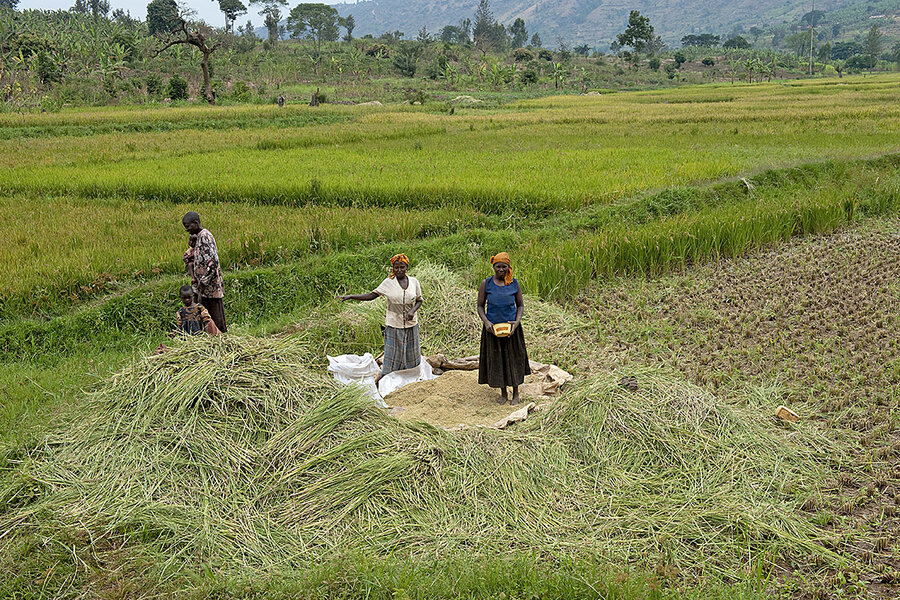 Africa should not be relying on foreign countries such as Russia and Ukraine for food supplies, rather it should invest in enough resources, including technologies in the production of enough food and offset its imports, officials have said.

They made the observations on Tuesday, June 21, during the “Innovating for Resilient and Inclusive Food Systems Think Tank” session which is part of the CHOGM2022 underway in Kigali.

Agnes Kalibata, President of the Alliance for a Green Revolution in Africa (AGRA), said that the agriculture sector in some places, especially in developing countries of the Commonwealth is heavily underinvested, calling for adequate funding to boost the sector productivity, strengthen its resilience and deal with climate change, as well as create jobs.

“And the opportunity is very clear with us. We have a market but we have successfully isolated smallholder farmers in these markets. They are not part of these markets,” she said.

Simon Mutangana, President of UNICOOPAGI, a union of farmers growing wheat and other crops in Nyamagabe, Nyaruguru and Huye District, told The New Times that farmers were constrained by low wheat productivity compounded by high cost of fertilisers, which negatively affect their profits.

“We produce about four tonnes of wheat per hectare while in some countries, the production is about eight tonnes,” he said.

Rwanda’s wheat production is by far too small compared to demand. In 2021, Rwanda produced 13,684 tonnes of wheat, according to the Seasonal Agricultural Survey 2021 Annual Report by the National Institute of Statistics of Rwanda.

And, the African Development Bank (AfDB) estimated that, in 2017, the continent spent $64.5 billion on importing different foods, and the food import bill was projected to increase to over $110 billion by 2025, if nothing was done to reverse the trend. This, according to the Bank, is unsustainable, irresponsible, and unaffordable.

The comparison of the continent’s import and export bill data suggests that it is a net food importer as the former exceeds the latter.

Kalibata said that there is an opportunity to ensure that countries actually look at how African smallholder farmers can serve markets by starting to eat what African farmers produce.

“Does it mean that we don’t eat bread and use wheat? No! It just means that we find a balance that allows us to grow this market as well. You provide an opportunity for diversification. It’s really important,” she observed.

To this end, she suggested that an approach to add value to the agricultural produce, including supplementing wheat with some tubers or cereals in the bakery industry, should be considered.

The Minister for Agriculture and Animal Resources, Gerardine Mukeshimana, underscored that delivering safe and nutritious food for all people remains the number one shared priority, and that access to such food should be a human right.

With the emerging food, fuel, and finance crises, Mukeshimana said, “As the Commonwealth, we must be innovative enough to come up with actions and ways of coordinating among ourselves to build the resilience of our communities and countries to withstand future shocks.”

Connecting the Dots in Food & Bev with Artificial Intelligence