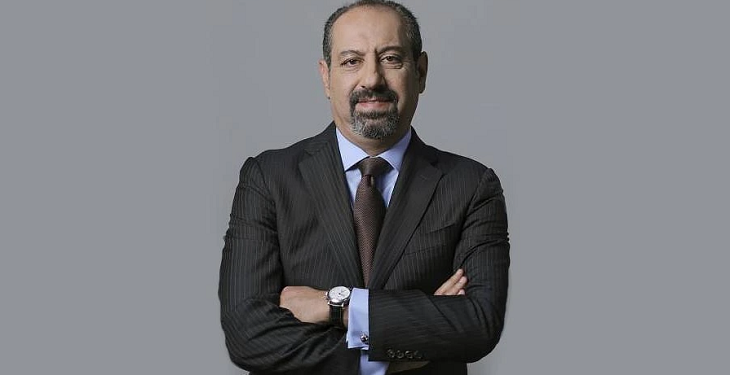 The Building and Construction sector is indispensable to any nation’s social and economic development. It is a sector responsible for the development in the area of transportation-road, rail, air, sea, industrial development, construction of institutional buildings and housing.

The importance of this industry cannot be over-emphasized as it is a sector that creates jobs in addition. Due to the various construction projects on-going in major Nigerian cities, the industry has created employment opportunities for Engineers, Architects, Draughtsmen, Bricklayers, Tilers, Carpenters, Molders, Plumbers, Electricians, Iron Benders, Painters and various vendors.

In the light of the importance of this sector, is Lafarge Africa Plc., a foremost sub-Saharan Africa building materials company, headquartered in Lagos and quoted on the Nigerian Stock Exchange.

We will get to know about the company and most importantly, take a look at how it has positioned itself to helping Nigeria achieve its infrastructural development goals.

ABOUT – History, Incorporation and Projects

Lafarge was originally founded in 1833 by Joseph-Auguste Pavin de Lafarge in France (Ardèche), to exploit the limestone quarry in Mont Saint-Victor. The company is now majorly controlled by the Holcim Group but was previously trading under the name of Lafarge Wapco Plc. The merger of Lafarge and Holcim resulted to a consolidation of Lafarge’s assets in Nigeria and South Africa which led to the name Lafarge Africa. In Nigeria, the company started operations on the 24th February 1959 and became listed on the Nigerian Exchange Group (NGX) on the 17th February 1979.

Currently, Lafarge has a global network presence in more than 50 countries in all continents, with over 180 cement plants, 80 waste pre-treatment facilities/ dedicated co-processing installations, an employee strength of 2,000 employees globally, and more than 10,000 customers worldwide.

Mr. Khaled graduated from the University of Alexandria in Egypt (1989) with a bachelor degree in Commerce & Accounting and obtained “Certified Public Accountant” title in Delaware, USA (1998) and started his career at Coopers & Lybrand Deloitte in Sultanate of Oman as Audit Manager (1992). He worked at various companies until he joined Lafarge, Algeria in 2004 as Country CFO and rose to the position of VP – Business Development & Strategy at Lafarge RMX & Aggregate Operations in Eastern Canada & Eastern USA between 2010 and 2013.  In 2013, Khaled El Dokani was assigned as Country General Manager for Lafarge Saudi Arabia RMX & Aggregate and Gypsum operations.

He was assigned as Country General Manager in Qatar in 2015, and later Country CEO at Iraq, in March 2018. He assumed his current position as MD/CEO of Lafarge Africa Plc in 2020.

Other Board Members are:

Industry analysts believe that the coming of Dangote Cement Plc started a fiercer competition with the iconic Lafarge WAPCO brand which had over the years dominated the manufacturing of cement in Nigeria and Africa. Currently Dangote, BUA, Eagle Cement, Ibeto Cement and a few others, are among the cement manufacturing companies that are competing for about 35% share of the cement market in Nigeria according to some analysts.

The company operates across the regions of Nigeria. It boasts of having plants in the South-West, South and Northern Nigeria, each with a product portfolio comprising of various brands.

The South-West operation has three plants in Ogun state, with a current production capacity of 4.5MMT.

The distribution hub in Port Harcourt was the previous Atlas Cement Company Limited commissioned for operation in 2001 as a bulk cement import and bagging terminal within the Federal Ocean Terminal, Onne. The plant was operated on a floating vessel, which had a nominal bagging capacity of 500,000 metric tons of cement per annum.

Ashaka Cement plant in the North East region was incorporated in August 1974 and commenced production in 1979 as a cement manufacturing and marketing company under the name Ashaka Cement Company Limited. The current annual cement production of the plant is 1MMT with plans for expansion.

Lafarge as a company manufactures and distributes products through the following associated divisions:

Its products are in the following categories:

The product portfolio for its cement solutions includes various brands such as:

Waste Management Solution– Geocycle: The Geocycle solution involves recycling waste such as household plastics to industrial chemicals which are collected directly from municipalities and industries, pre-processed in platforms and co-processed (or reused). Through co-processing, energy is recovered and materials are recycled.

In its Q1 2022 financial performance report, the company posted a profit of N18 billion representing 92.18% increase Y-o-Y. Khaled El Dokani, the CEO commented: “Our Q1 2022 performance shows significant improvement over Q1 2021, with net sales of +26.8%, recurring EBIT of +50.4% and net income of +92.2%. Coming after our very strong FY 2021 results, our Q1 2022 performance confirms the continued growth trajectory of our business. We are equally pleased with the progress we are making on sustainability; our use of affordable clean energy and agro-ecology footprint are in accordance with our net zero pledge journey”.

Despite its focus on Health and Safety, Lafarge was accused of illegal mining in Mfamosing community near Calabar in cross River state in 2020. The company had mined close to residential locations in the community which involved the process of blasting of rocks; that was accompanied by heavy vibration underneath causing cracks which compromised the structural integrity of houses and sometimes landslides. The result of this caused damage and destruction to the homes of the locals forcing many to be homeless.

The controversies notwithstanding, Lafarge has been involved in several community development projects in Cross River state and other host communities. For instance, Lafarge provided support to over 130 Secondary Schools in Cross Rivers , commenced a driving institute to produce its first set of certified female truck drivers and supported national COVID-19 efforts, amongst other corporate social responsibility efforts.