40MW solar PV project on the cards for PGM mine 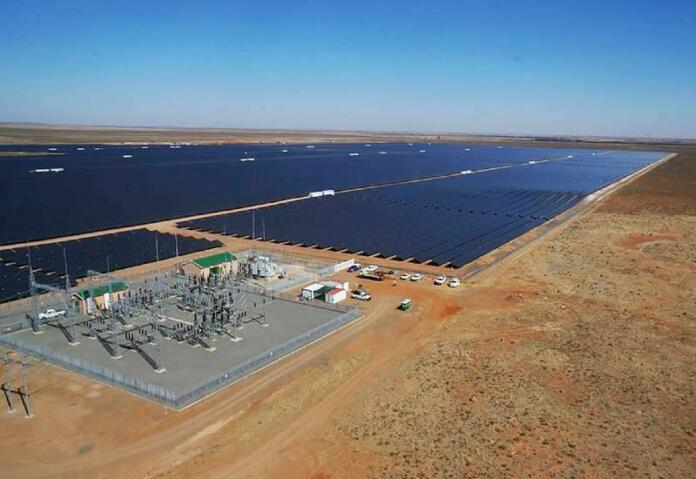 With double the output to the proposed Tharisa Mine project, the Paleisheuwel R82,5 MW solar project is a US$110 million(R1,750bn) utility-scale solar photovoltaic (PV) farm located in the town of Paleisheuwel, Western Cape. The solar farm consists of 611 000 panels and sits on 240 hectares of land.

TOTAL Eren, a renewable energy Independent Power Producer (IPP) based in France and Chariot,an African focused transitional energy company, have signed a Memorandum of Understanding (“MoU”) with Tharisa plc, the platinum group metals (PGM) and chrome producer, to develop, finance, construct, own, operate and maintain a solar photovoltaic (PV) project for the supply of electricity to the Tharisa mine, in the North West Province.

The solar PV project is initially anticipated to deliver 40 MWp with demand expected to increase over the life of the Tharisa Mine. This MoU is the first step towards implementation of the project and signing of a long term Power Purchase Agreement (PPA) for the supply of electricity on a take-or-pay basis.

While the value of the project has not been disclosed, it will consist of a 40 MWp solar farm employing bifacial technology, mounted on solar-tracking arrays. The footprint is estimated to be 80 ha.

Construction is expected to commence towards the end of 2023 with an anticipated 12 month build period.

The project will be implemented via a locally incorporated project company, holding the asset, equity investment and non-recourse project finance debt.

The Tharisa Mine, located in the south-western limb of the Bushveld Complex has a 20-year open-pit life and the ability to extend operations underground by at least an additional 40 years. The company has committed to reduce its carbon emissions by 30% by 2030 and the development of a roadmap is continuing to be net carbon neutral by 2050.

Fabienne Demol, Executive Vice-President & Global Head of Business Development of Total Eren, commented: “Through our partnership with Chariot, we are keen to assist mining companies in Africa to reduce their carbon intensity and energy costs, via implementing renewable power solutions into their operations. We are eager to bring our global expertise in solar generation to Tharisa mine and we look forward to delivering further renewable projects for our mining customers in Africa and worldwide.”

The objective is to achieve a global gross installed capacity of more than 5 GW by end of 2022. Since December 2017, TotalEnergies, the major energy company, has been participating as a shareholder of Total Eren.

Over 30,000 visitors at this year’s Electra Mining Africa