The Banana Economy and How It Can Transform Africa 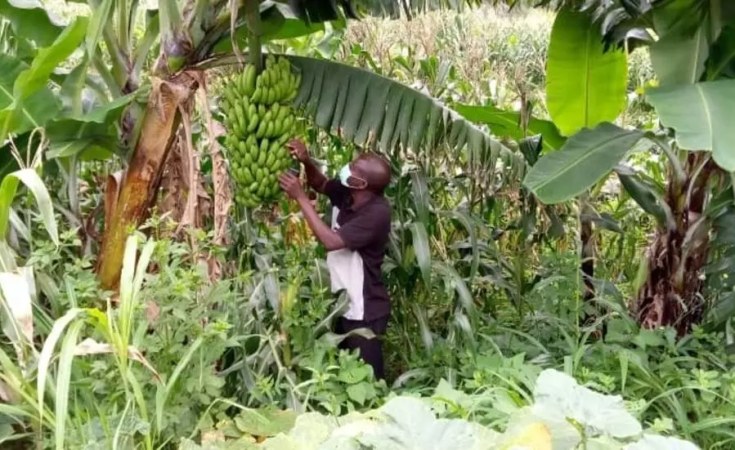 THE Israeli Trade and Economic Mission in Ghana yesterday organised a stakeholder’s forum in Accra to discuss ways of improving soil fertility through the adoption of new farming practices.

It was organised in partnership with the Israeli Export Institute, Ministry of Food and Agriculture (MoFA), Africa Fertiliser and Agribusiness Partnership (AFAP) and Alliance for Green Revolution in Africa (AGRA).

The objective of the forum was to promote the use of innovative fertilisers, soil inoculants and best soil practices and also influence policy formulation in agriculture production.

Addressing the stakeholders at the forum, the Israeli Ambassador to Ghana, Liberia and Sierra Leone, MsShlomit Sufa said the agricultural sector remained one sector the Israel state was focused on and had contributed enormously to its growth.

These contribution, she said include the development of advanced technologies in the field of irrigation, water desalination, cloud seedling, combating desertification and waste water recycling.

She further indicated that Israel International Agency for Development Cooperation (MASHAV) had played vital roles in contributing to the growth of the agricultural sector,by sharing its expertise and skills to the government.

According to the Ambassador, about 194 agricultural graduate students are currently studying in Israel under the AgroStudies Training programme organised by MASHAV in collaboration with the Government of Ghana.

She also expressed Israel’s readiness to work with the government to bring tailor-made solutions in the sector.

In his presentation at the forum, the Director at the Crop Services Directorate of the MoFA, Mr Seth Osei Akoto explained that his outfit anticipated the shortage in the distribution of fertilisers to farmers under the government’s Planting for Food and Job Flagship programme.

“In 2020 we were able to distribute about 423,473 metric tonnes of fertilisers to farmers across the country, but in 2021 it dropped,”Mr Akoto said.

The reason, he said was due to the impact of several crisis in the world which include the ongoing war between Russia and Ukraine as these countries were major suppliers of fertilisers to the country, coronavirus pandemic and high prices of fertilisers.

Mr Akoto said as a way of addressing the likely shortage of fertiliser the MoFA would seek to expand the use of locally and foreign produced organic base fertilisers as its use was very low last year.

In addition, he said the MoFA would also organise educational programmes to educate farmers on the use of organic fertilisers as it was a challenge to them.

The Director urged farmers to seek partnership by getting in touch with the MoFA and other relevant stakeholders as the cropping season had just begun and also challenge them to report issues pertaining to their work.