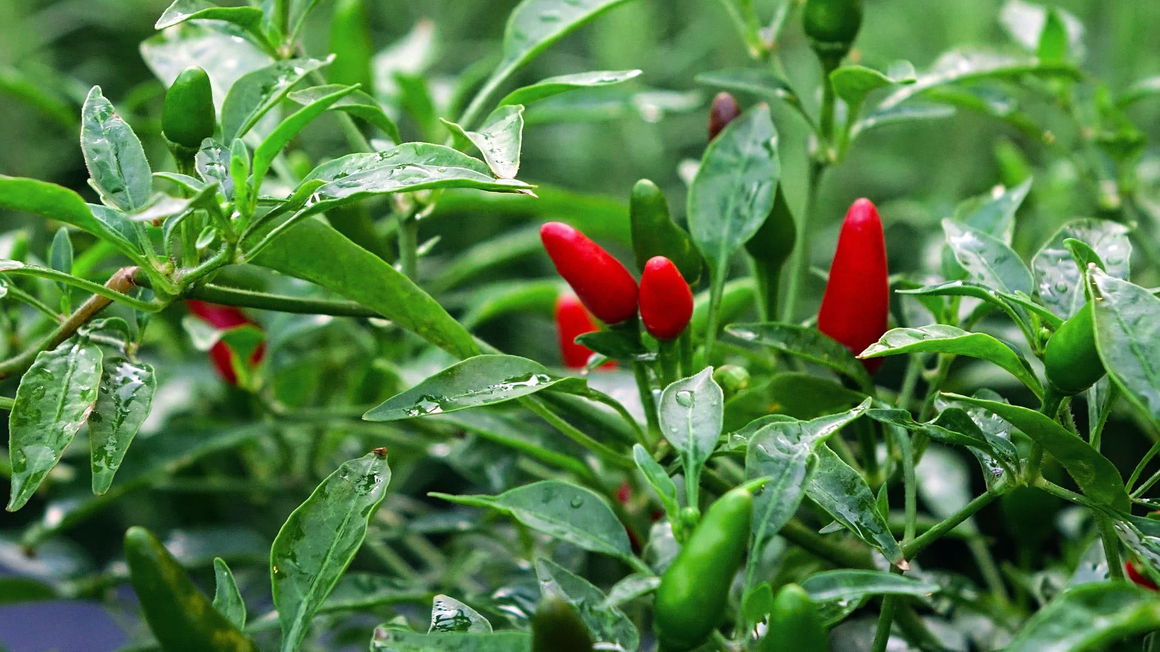 Dar es Salaam. Any farmer in Tanzania making the decision to take up the cultivation of African birds-eye chili stands a better chances of succeeding financially.

This is because of higher prices paid for it by Vitese Company Limited, averaging Sh7,000 per kilo.

The company has been mobilising increased crop production through contract farming with interested farmers.

Under the contract farming, interested farmers are supposed to procure 80 grams of better African birds-eye chili seeds from the company for Sh150,000.

“A farmer who has signed a contract with the company will be provided with agricultural expertise from nursery preparation to harvesting and storage,” says Mr Richard Isingo, the company’s northern and central zone manager.

He challenges Tanzanians to grab the opportunity and benefit from cultivation of the crop, noting that it was cheap and unaffected by pests and diseases.

According to him, farmers engaging in the crop are free from losses incurred by dealers in perishable crops’ production.

Mr Isingo says African birds-eye chili was a huge opportunity to Tanzania farmers due to existence of a huge demand–it is used as spices and raw material in the manufacture of cosmetics (lipstick). The crop is also used for manufacturing human and plants medicines as well as military weapons including tear gas and irritants.

According to him, there is a huge market of the crop in Japan, UK, US, India and South Africa, noting that his company had a contract to export 30 tonnes in different markets every week.

“This is a large amount that cannot be met by the company,” he says during a telephone interview.

Mr Isingo says that, while Zambia is the continent’s leading country in the African birds-eye chili production, Kenya tops East African countries in the crop’s exports.

“Despite low production, traders in Kenya have been gathering the crop from Tanzania and Uganda for packaging and exports making it the largest exporter in the region,” he says.

He says African birds-eye chili is classified into four Grades A, B, C and D, noting that Grade A and B are exported to Asia, Europe and America where it is used as food.

According to him, Grade C and D crops are exported to South Africa where it is used in the manufacture of military weapons.

“At the farm level, all the African birds-eye chili are classified as Grade A. However, the way of handling after harvests that lowers its quality therefore classifying degraded products as Grades B, C and D,” he told The Citizen.

He says in order to meet client’s gratifications, the company has projected to mobilise farmers to cultivate 10,000 acres between 2020 and 2022.

According to him, one African birds-eye chili plant can provide a kilo of the crop, estimating that farmers can collect up to Sh10 million per season.

“Evaluations we made on October 2021 shows that already we have cultivated 7,000 acres in different parts of the country. Hopefully, the number will significantly increase during the next assessment later this year,” he says.

African Birds Eye Chili thrives in all soils with the exception of soils with high water retention.

Mr Isingo says in order to get better yields, farmers are supposed to plant better seeds in their nurseries that will be determined by levels of their germination and yields harvested later.

He said the seeds sold by the company are imported from Zambia where there are large scale African Birds-Eye Chili farmers.

“The crop thrives in areas with an average high temperature like Dar es Salaam, Tanga, Coast, Ruvuma, Lindi, and Mtwara where they can harvest up to nine rounds. In some other regions like Kilimanjaro and Arusha where there is temperature variation, harvests could be done between seven and eight rounds,” he says.

In cold places like Njombe Region, a farmer can harvest about three to four rounds per year.

However, he said the crop thrives at between 600mm and 1200mm rainfall, noting that while high water retention causes the plant to shed its leaves, drought leads to flowers shedding.

It is recommended that a one metre width nursery should be prepared and that the length of a bed would depend on availability of quantity seeds. Once seeds are sown, farmers should cover the nursery beds with mulch and maintain watering in the morning and evening, according to him.

“Once seeds have germinated, grasses should be removed, shading should then be made at the one metre high,” says Mr Isingo.

He said it is difficult for African birds-eye chili to germinate expounding that was the reason 2,000 extra seeds were packed in the 80 grammes container. According to him, while one acre required 4,000 seedlings, the package includes 6,000 seeds: 2,000 more.

Mr Isingo says after six months of stay in the nursery, seedlings are then transplanted to the farm where 90 days will be required before starting giving crops.

“The first harvest will be characterized by low yields of up to 50 kilogrammes and the amount will keep increasing in the following harvests,” he says.

He says farmers are emphasized to use manure instead of industrial fertilisers in the efforts of promoting natural farming as recommended by clients.

According to him, African birds-eye chili is harvested after maturity and it has completely changed its colour to reddish and it is either dried on the sun, solar, electricity and fire.

“Most of those using the above drying methods are small holder farmers. But medium and large scale farmers are supposed to procure a drier for efficient drying and maintenance of the quality of the crop,” he says. According to him, most farmers tend to collect and enclose the crop in especially after the rainfall outbreak, therefore adversely lowering the quality of the produce.

Mr Isingo says that there are farmers who preferred to pile and dry the crop on the floor or corners of the house walls.

“This is not recommended because the crops absorb moisture turning it black and generally lowering its quality,” he says.

The crop should be dried to moisture of not exceeding 12 degrees centigrade. It should be well graded and unwanted parts or dirties removed.

According to him, blight and wilting were the major challenge affecting the crop. He said blight was caused by an increase in atmospheric moisture, leading to production of fungus who adversely affect crops.

“They lead to diseases such as early and late blight as well as powdery mildew,” he says.

Furthermore, he says wilting is caused by reduction of soil temperature or absence of proper irrigation procedures.

He mentioned different types of wilting as bacteria wilt; fusarium wilt and trichoderma.

“The other types are incurable especially when under delayed control measures. Therefore, early reporting to agricultural experts is recommended immediately after symptoms have been spotted,” he says.