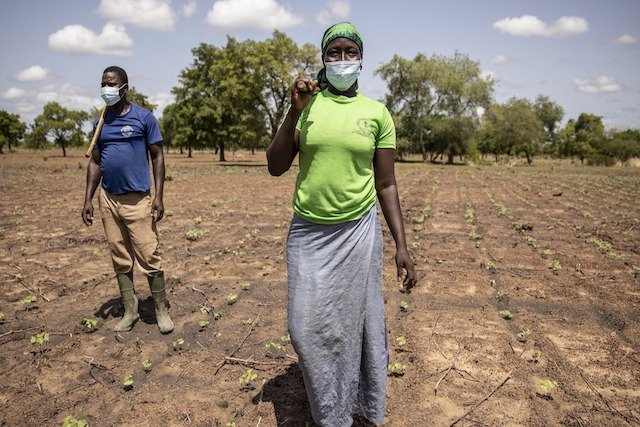 A $10 million contribution from the United States will assist the Food and Agriculture Organization (FAO) in its work on COVID-19 response and addressing threats to human, animal and environmental health, including future pandemics.

The funding, announced on Thursday, will support the UN agency’s COVID-19 Response and Recovery Programme, part of its broader One Health programme .

The initiative helps safeguard human, animal, plant and environmental health throughout the food chain, from production to consumption and waste management.

The funding will specifically be used to strengthen national and international One Health systems through enhanced multi-sectoral early warning, risk assessment and risk reduction, and progressive management of emerging and endemic high impact animal and plant pests and diseases, including those with epidemic and pandemic potential.

“We thank the Government of the United States of America for its generous support to FAO’s COVID-19 Response and Recovery Program and One Health Tripartite risk assessments at national levels,” said FAO Director-General, Qu Dongyu.

“A science-based One Health approach across agrifood systems is critical for early warning and prevention of zoonotic diseases.”

The US contribution will benefit countries in Africa, Asia, Latin America and the Near East.

The announcment comes as COVID-19 cases in the Americas surpassed 100 million, while the Omicron variant has been reported in nearly 20 countries and territories, according to the regional office for the World Health Organization (WHO).

The Pan American Health Organization (PAHO) said cases continue to rise in North America, with the United States driving a 36 per cent increase in the past week, while parts of Central and South America showed declines.

South America experienced an overall case drop of 10.7 per cent, and a 6.3 per cent decrease in deaths, latest epidemiological data revealed.

PAHO said Central American countries continued to see a “downward trend”, with a 10.8 per cent drop in cases.

Analysis showed that in the Caribbean, cases rose by 16 per cent. Trinidad and Tobago continued to report an increase. Although Barbados and the Cayman Islands have reported large numbers of cases, these are now decreasing.

The Omicron variant has now been reported in 19 countries and territories, accounting for an estimated 73 per cent of virus sequences over the past week.

“These measures are effective against all variants, including Omicron”, Director Carissa F. Etienne said recently. “Countries should sustain their public health measures to limit transmission of the virus and adjust them according to local transmission risks”.

More than 868 million vaccine doses have been administered in Latin America and the Caribbean, where nearly 58 per cent of the population has completed inoculations.

PAHO has projected that most countries across the region will have reached, or surpassed, the WHO target of vaccinating 40 per cent of their populations by the end of the year.

However, current estimates show Haiti, Jamaica, Saint Vincent and the Grenadines, Guatemala, Saint Lucia, and Grenada, could miss the goal.

Meanwhile, some 33 countries have received vaccines through the COVAX solidarity mechanism. So far, the total is 75 million, including 25 million donated doses.

The logistics for these deliveries was handled through PAHO’s Revolving Fund for Access to Vaccines, which has served the region for more than 40 years. The Fund is also working with countries to purchase COVID-19 vaccines directly from manufacturers.