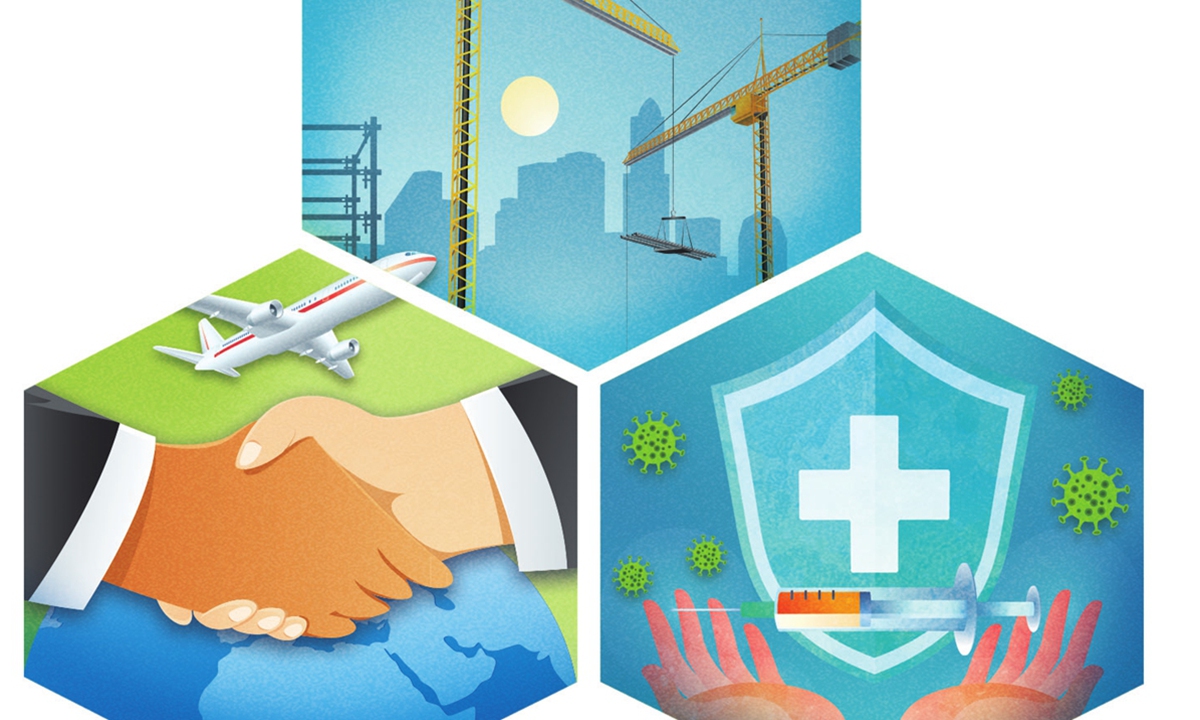 China-Africa trade has been well-balanced over the long run, and China never aims for a trade surplus with Africa and will take steps to expand imports from the continent, a senior official with China’s Ministry of Commerce (MOFCOM) said on Wednesday, as China steps up communication and cooperation with Africa, despite certain foreign interference.

“China will continue to support African countries and Chinese companies to take advantage of measures to further expand the scale of imports from Africa, and promote the high-quality development of China-Africa trade,” Qian Keming, vice minister of the MOFCOM, said during a press conference on Wednesday, when responding to a question about concerns among some African countries over their trade deficits with China.

Qian said that China-Africa trade has generally been well balanced. Since 2000, China’s imports from Africa reached $1.2 trillion cumulatively, with exports of $1.27 trillion. In recent years, bilateral trade stood at $200 billion each year, with China’s imports from and exports to Africa each reaching $100 billion.

“Africa has 54 countries at varied stages of economic development, with varied industrial structures and trade policies. China has maintained deficits for a long time with some resource-rich countries, while some non-resource countries, which import large amounts of daily necessities and industrial products from China, will have deficits,” Qian said.

Qian noted that China has sought to increase imports from Africa, including setting up exhibition centers for African products in Central China’s Hunan Province and East China’s Zhejiang Province, as well as allocating $5 billion to support Chinese companies to import products from Africa.

According to Qian, China has encouraged Chinese enterprises to invest in Africa’s agriculture, manufacturing and services sectors, with industrial parks becoming an important platform for China-Africa investment and cooperation.

Chinese officials are also stepping up engagement with African leaders to enhance cooperation.

On Tuesday, Premier Li Keqiang addressed the 4th Forum on China-Africa Local Government Cooperation via video link, saying that China and Africa should expand their pragmatic cooperation to create a better future for the 2.7 billion Chinese and African people, according to the Xinhua News Agency on Wednesday.

Li said that China is willing to further align its own and African countries’ development strategies, and to strengthen the exchange of experience in urban governance, poverty eradication, social construction and agricultural modernization.

At the forum, Chinese officials usually reveal new measures to bolster cooperation with Africa. This year, China will focus on three areas: coordination between long-term development strategies, specific cooperation in various areas such as the digital economy, and green development.

China provides zero-tariff treatment for 97 percent of the products that it imports from 33 African least-developed countries, and the country will further help Africa increase the added value of its exports, in order to support its transformation from a supplier of raw materials to a producer of industrial goods in the global value chain, thus improving its overall export capacity, Qian said.

Moreover, China’s new direct investment in Africa reached $4.2 billion in 2020, up 56 times from 2003. As of the end of 2020, total Chinese investment in Africa had exceeded $43.4 billion, covering more than 50 African countries, which will help expand imports from Africa, analysts said.

“Since the 1950s, China has been an important booster of Africa’s development. China, as a major importer from Africa, has strengthened cooperation in the fields of investment and trade with the continent,” Song Wei, a research fellow at the Chinese Academy of International Trade and Economic Cooperation, told the Global Times on Wednesday.

China and Africa will continue technology exchanges in areas including green and low-carbon sectors, clean energy and the digital economy, in order to achieve the sustainable development of China-A