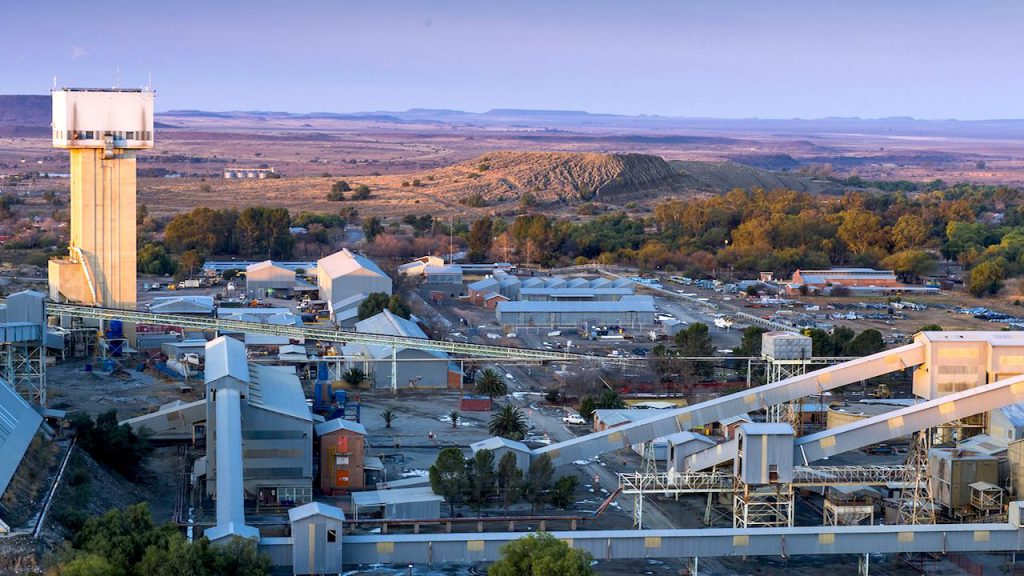 Koffiefontein mine in South Africa

“Due to the weak South African economy, both production price and consumer price escalation declined during the last few years, which had a positive impact on mining,” the council said in its Facts and Figures 2020 Book released last week.

The book was an update on the pocketbook released in February.

The council said the mining sector had contributed R371.9 billion to GDP in 2020, more than the R361.6 billion it had outlined in February.

It said the combination of better commodity prices and a less-than-expected contraction of world demand during the COVID-19 crisis resulted in the value of exports growing at a “surprising rate”, ending an estimated 24% higher during 2020 than in 2019.

“The negative impact on mining was lighter than that compared to many other parts of the economy due to the excellent cooperation and collaboration between the industry and government in getting the sector safely back to work as quickly as possible [after the nationwide lockdown in 2020],” CEO Roger Baxter said.

“Many mining companies recorded increased revenues and profits, thanks to higher commodity prices and a weaker Rand.”

The minerals council said there had been 60 fatalities in 2020, which it described as “a disappointing regression”.

The industry had the lowest number of fatalities on record in 2019 of 51.

“The minerals council reiterates its commitment to zero harm as we work tirelessly with government and organised labour to improve the industry’s safety and health performance,” Baxter said.

“It is gratifying that, notwithstanding the terrible impact of the pandemic and other adverse economic factors on employment in the country, our industry managed to hold job losses to less than 2%,” Baxter said.

The workforce has since shrunk slightly to about 450,000, according to separate council figures released last week.