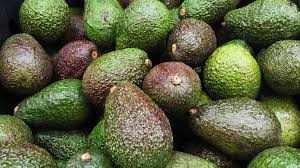 Tukuyu — Tanzania and South Africa are finalising negotiations under which the East African nation will start to officially export avocados to the latter.

Prime Minister Kassim Majaliwa said here yesterday that a solution to a tiff over avocados between the two countries would be found soon.

Earlier this year, South African authorities blocked avocado shipments via Tanzanian large-scale producer Rob Clowes at the border between Zimbabwe and South Africa over a lack of phytosanitary documents. Also seized were avocados from the Moravian Farming Company PVT Limited.

However, Mr Clowes – the founder of avocado giant Kuza Africa Limited in Tanzania – is quoted as saying that the seizure was part of concerted efforts by the Department of Agriculture, Land Reform and Rural Development (DALRRD) in South Africa to protect that country’s avocado growers.

But Mr Majaliwa said yesterday said the government had opted for a negotiated settlement to end the stalemate.

“We opted to negotiate, and discussions will be concluded soon. Our farmers will eventually have the right to benefit from the South African market in the same way their counterparts [in South Africa] are selling their apples in large volumes in Tanzania,” he told farmers at Rungwe, Mbeya.

He urged farmers to increase production of avocados in order to significantly benefit from investment made by a joint venture of a German company and the Church.

He said the factory has assured farmers of a reliable market because most of its raw materials were avocados that had been rejected for normal consumption and export.

Rejected fruits are used by the factory for manufacturing edible cooking oil.

“Increase the level of production and spend earnings to educate your children to the tertiary level. Plant some hectares more for your children,” he said.

He instructed the district councils in the region to spent the 10 percent funds allocated to the youth, women and people with disabilities for production of avocado seedlings.

“Distribute the seedlings to citizens and let them repay later. This is better than providing them with actual money,” he said.

Speaking in Lufilyo Village in Busekelo District in the region, the Deputy Minister for Agriculture, Hussein Bashe, said apart from South Africa, the government was working to open other markets in the world.

“We are finalising the process to open the China and India markets. The move will enable avocados to freely be transported in those countries without restrictions,” he said.

In its statement, the company asked the government to improve the Songwe International Airport in order to ease transport and transportation of avocados.

The company also asked for increased disbursement of soft loans to farmers in order to increase investment and improve engagement with the private sector.

According to the company, the government should also improve investment climate, enact predictable tax laws and support the efforts to seek for the new world markets in China, India, South Africa and the US.

The college can accommodate 173 students out of 45,000 admitted in various colleges across the country in order to provide then with skills that will enable them to self reliant.

Read the original article on Citizen.