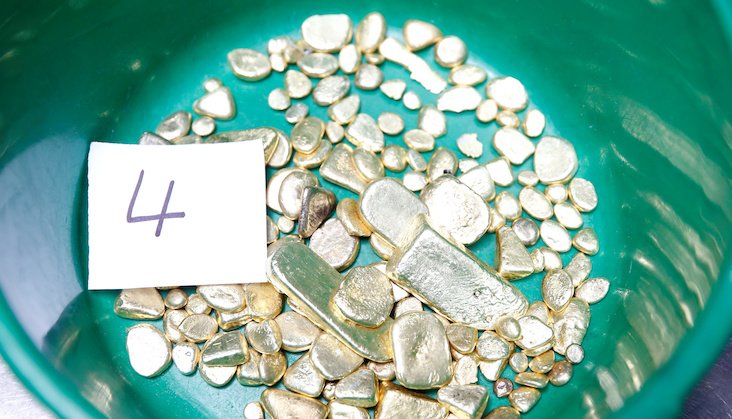 High gold prices are boosting Ethiopia’s mining revenue and attracting more investor interest in a sector that is largely dominated by artisanal and smaller players. Coronavirus-linked border closures have pushed miners back into the arms of the formal sector; a welcome boost for Ethiopia’s central bank, who has been in search of hard currency.

Ethiopia generated mining revenue of $303m in the past five months, according to the ministry of mines.

While gold accounts for over 90% of Ethiopia’s mining exports, the increase was supported by the government’s reforms and border closures due to Covid-19, say the ministry. The reforms include:

Official mining exports have been dwindling for the last eight years following the expansion of illegal trade and closure of big plants.

“Ethiopia’s mineral exports rely on the small and traditional gold trade. The nation does not have large production to begin with, with the exception of MIDROC Gold in Oromia and Ezana Gold mines in Tigray,” Kaleyesus Bekele, a mining expert tells The Africa Report.

“Most are at small scale and activities that are linked with artisanal minerals. And in the overall trade, a substantial amount is linked to illegal trade pushed through various borders that brings them illegal forex, whereas the Ethiopian National Bank can only pay them in local currency on an official forex rate”, says Bekele. “Covid had closed all borders pushing all the players to deal with the National Bank, giving the government agency a dominant role and unexpected income.”

Two years ago, Ethiopia’s gold export earnings were just $27m, down from its historic high performance – at $602m – recorded in 2012.

Though coronavirus impacted the East African country’s mining sector, the government raised the price it pays to artisanal miners, who account for more than half of gold production.

“Earnings from exports of minerals are showing a tremendous increase lately, thanks to the emphasis given to avert bottlenecks of mining plants,” said mines minister Takele Umma.

Earlier this month, the country’s council of ministers approved a 10-year economic plan, which has targeted to boost the amount of foreign-exchange earned through export and import substitution of minerals from $265m currently to $17bn by 2030.

The government also gives several incentives to investors engaged in the mining sector.

This includes a 25% corporate tax rate and permits 10 years’ loss carry-forward, with royalties at 4% for industrial minerals, 5% for metallic minerals and 7% for gold, adding to being exempted from customs duties and taxes on equipment, machinery and vehicles crucial for mining operations.

Investors are also given a guarantee licensee’s right to sell minerals and petroleum products locally or abroad. So far, international mining companies, including Kefi Minerals, Sun Pick Ethiopia and Africa Mining, among others.

Ethiopia’s mining sector majors in gold, which accounts for over 83% of output. It also produces sapphire, limestone, salt, pumice and tantalum.

However, most of the production comes from the informal sector, largely by 350,000 artisanal gold miners, according to the 2017 Ethiopia International Transparency Initiative Report.

Ongoing exploration is taking place for gold, with commercially viable discoveries being found.

Umma recently called on investors to partner with the government to invest in the mining sector with a special emphasis given to gemstones.

“We have begun targeted investment opportunities for those seeking to expand their mining operations in gemstones with a focus on emerald, sapphires and opals,” said Takele, announcing his country’s readiness to welcome those with the capital to create partnerships.

Bekele insists that Ethiopia still has “untapped potential in potash and tantalum, and massive gold deposits in various of its regions”, he said.