Used vehicles get a second life in Africa – but at what cost? 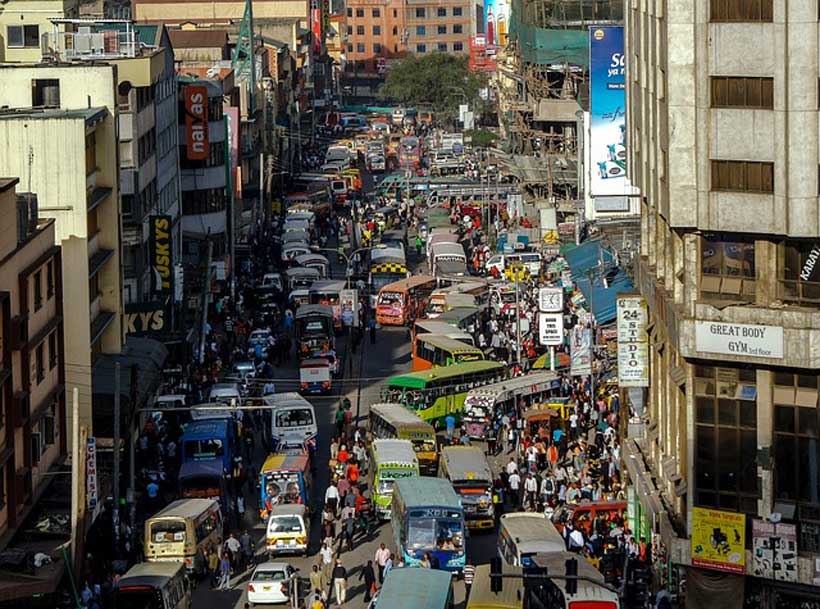 John Mwangi’s 22-year-old car is his lifeline. His run-down Toyota saloon not only ferries him around the streets of the traffic-congested Kenyan capital, Nairobi, but is also his main source of revenue.

Resting against its open boot, surrounded by fresh pumpkins, sweet potatoes and other vegetables, a smiling Mwangi, 34, explained how it has transformed his life. Thanks to this unlikely saviour, he is now a trader, shopkeeper and entrepreneur.

“I have changed to a career as a businessman. I use my car to sell foodstuffs. I go to the village, buy food and then I come here and sell it,” he said, gesturing around a market in Nairobi.

Mwangi is not alone. Across Africa, and much of the developing world, used cars, minibuses and vans imported from abroad are changing people’s lives. But they come with a high and growing global price tag.

Entitled Used Vehicles and the Environment: A Global Overview of Used Light-Duty Vehicles – Flow, Scale and Regulation, the report details how the global fleet of light-duty vehicles will double by 2050. Some 90 per cent of this growth will take place in low- and middle-income countries. Of the 146 countries studied in the UNEP report, about two-thirds have “weak” or “very weak” policies regulating the import of used vehicles. Many of the imported vehicles would not be allowed to circulate on the roads of exporting countries.

“Countries have to stop exporting vehicles that are no longer roadworthy, and fail environment and safety inspections while importing countries must adopt up-to-date regulations,” said Rob de Jong, report author and Head of Transport at UNEP.

Vehicle emissions are a prime source of small particulates and nitrogen oxides, which cause urban air pollution. Globally, vehicles are responsible for 25 per cent of energy-related greenhouse gas emissions.

UNEP is calling on both exporting and importing countries to regulate the trade and eliminate a range of abuses. It stresses that a regulated trade can have several positive impacts, improving the lives of many people and boosting prosperity.

UNEP’s report comes after 15 African countries announced strict new rules for vehicle emissions and fuel efficiency. The directives, issued by the Economic Community of West African States, with UNEP support, bar the import of light-duty vehicles more than five years old and aim to double the efficiency of cars by 2030.

The rules are a milestone in slashing greenhouse gas emissions in a region that is home to about 400 million people, where many vehicles are past their prime. The Gambia, for example, imports vehicles on average 18.8 years old, while a quarter of those imported by Nigeria are nearly 20 years old.

Africa is the ultimate destination for some 40 per cent of used light-duty vehicles, like the one owned by Peter Karanja Njuguna. He ferries passengers around Nairobi in an old 14-seat Nissan minibus pumping out exhaust fumes from dawn to dusk. He says he does not know the exact age of his vehicle but reckons it is between 10 and 15 years old. It cost $3,000 and anything newer would have been outside his budget. He says the catalytic converter, which contains platinum, was removed before it was exported.

“They remove those things that are not necessary for the way we use them here. They just leave the basic stuff,” he explained. “It is cheapish to buy but expensive to maintain. But it pays for itself within two years and gives me an income.”

Poor quality used vehicles can lead to more road accidents, which kill an estimated 1.25 million people each year. Africa has the world’s highest road traffic fatality rates with 246,000 deaths occurring annually, a number projected to rise to 514,000 in 2030, according to the World Health Organization.

Improvements down the road

The issue of faulty vehicles is catching the attention of exporting countries. The Netherlands – one of the largest used vehicle exporters to Africa – studied used European vehicles being exported through their ports and found that many vehicles, mainly destined for West Africa, were between 16 and 20 years old, fell below European Union emission standards and did not have a valid roadworthiness certificate at the time of export. The Netherlands is developing policies to improve the quality of used vehicles while addressing the issue with other European countries.

UNEP’s report also showed that countries, such as Morocco and Mauritius, that had implemented far-sighted policies gained access to high-tech vehicles, like hybrid and electric cars, at affordable prices.

464 thoughts on “Used vehicles get a second life in Africa – but at what cost?”