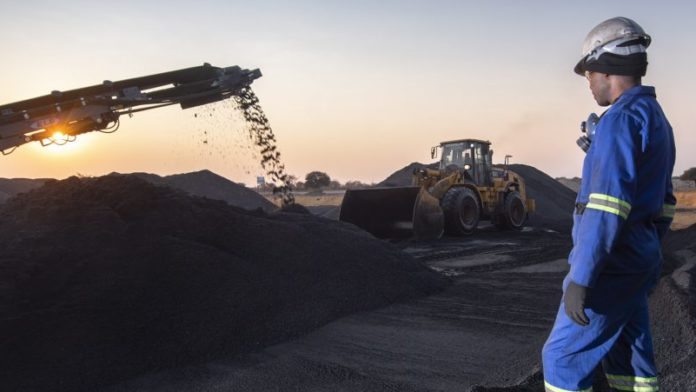 A NEW coal mine has been permitted in Cumbria, England – the country’s first in 30 years. In South Africa, however, building a new mine, especially using public money, is proving close to impossible. It has taken about a decade and four CEOs to get MC Mining’s fairly modest $32m Makhado project to its current position.

Resource Generation (Resgen), a Sydney- and Johannesburg-listed firm is yet to win final credit approval for its Boikarabelo mine. A year ago, the firm’s chairman, Lulamile Xate said he “sensed momentum” in the firm’s endeavours after ‘securing’ R4.2bn in project finance; only, the money’s not secured until it’s in the bank.

According to the Minerals Council South Africa, net investment in the coal sector has dropped from R4.5bn in 2010 to R2.5bn in 2018 despite the fact that more than 70% of the country’s power is generated by burning coal.

Resgen and MC Mining combined will add about six million tons of new production in their first phases which is roughly a third of the production Menar Holdings hopes to commission in the coming years, the difference being the latter is financed by commodity trader Mercuria’s privately held funds.

“Already, listed diversified mining companies are selling off their coal assets due to shareholder resistance,” said Mike Teke, CEO of Seriti Resources, the company that is buying the South African coal mines of South32. “Very few investors are tolerant of coal mining.”

And they give South Africa’s coal resources almost no value. “I can tell you now not one cent of MC Mining’s market value is given to GSP,” said Brenda Berlin, interim CEO of MC Mining. Greater Soutpansberg Project is the firm’s blue sky prospect. Located in the Limpopo province, the collection of farms contains an estimated 1.7 billion tons of mineable resource, but it is pretty unlikely to see light of day.

“There’s still a culture of coal mining in South Africa so if the project’s good with an offtake agreement you might get new projects,” said Vuslat Bayoglu, MD of Menar. “But it’s hard to do and the price isn’t helping at the moment.”

“It’s tough times,” said Teke, who was quoted as saying earlier this year his company would only consider accessing public money via a listing if other minerals were added to its portfolio. The current spot price for thermal coal is about $57/t, a 15% decline year-to-date and not much above the $53/t average price South32 achieved for its South African assets in its 2020 financial – a year in which it recorded a negative EBITDA of $155m which followed -$46m the year before that.

These conditions will put more pressure on Government to step into the vacancy created by public money’s exodus from the market.

Vele, MC Mining’s mothballed thermal and metallurgical and thermal coal mine and plant in the Limpopo can only re-open if the government is able to marshal investment in the Musina-Makhada special economic zone (SEZ). But is that likely?

The SEZ needs catalysing with a new steel mill, an idea that seemed borderline preposterous when the Industrial Development Corporation (IDC) shelved those investment plans in 2017. You can’t say conditions on the home front have improved since then.