Kenya to focus on China as key destination for exports 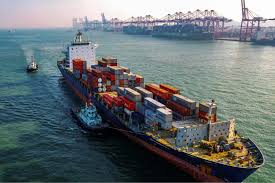 Kenya plans to focus on the Chinese market in order to boost its exports in the next few years, an official said on Monday.

Wilfred Marube, CEO, Kenya Export Promotion and Branding Agency (KEPROBA) told Xinhua in Nairobi that China offers the greatest potential out of the country’s current trading partners due to its huge population and large purchasing power.

“We will soon roll out an export market program for China,” Marube said. The export agency said that it will build the capacity for Kenya firms to meet the requirement to access the Chinese market.

According to KEPROBA, Kenyan frozen avocados have been granted access to the Chinese market and a number of other products will soon qualify.

Marube added that in order to achieve success in its export drive, Kenya should concentrate on products that it has a competitive advantage.

“We are an agricultural-based economy and so most of our exports will initially be farm-based products such as coffee, tea, and horticulture,” he noted.

He revealed that Kenya is also identifying other non-agricultural products that will appeal to Chinese consumers in order to diversify its product portfolio.

Marube observed that Kenya has also identified 21 other export destinations that can absorb Kenyan products.

He noted that in order to boost foreign exchange earnings, the country will add value to its exports.

“We are losing a lot of jobs and revenues by selling unprocessed commodities to the rest of the world,” Marube said.