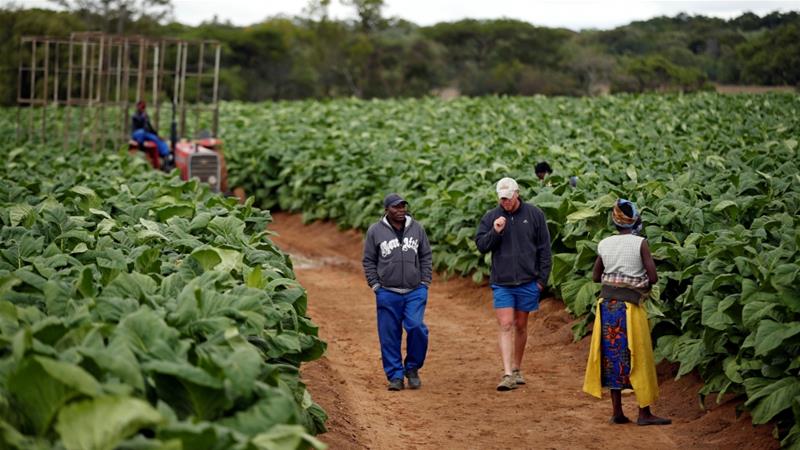 Zimbabwe’s government signed a $3.5 billion deal to compensate White commercial farmers who were evicted from their land two decades ago.

The agreement is a turning point in a dispute that tipped the southern African nation’s economy into freefall by slashing food production and export income and prompted sanctions from the U.S. and the European Union.

“Today marks a huge milestone,” Andrew Pascoe, president of the Commercial Farmers Union that represents the White farmers, said Wednesday at a signing ceremony in the capital, Harare. “As Zimbabweans, we have chosen to resolve this long-outstanding issue.”

The government plans to sell a 30-year bond on international markets to pay for the compensation, according to the agreement it signed with the farmers. Those whose land was expropriated will receive half their money in a year and the balance in four equal installments annually.

A committee has been formed by the government, farmers and donors to help raise the funding, Vice President Constantino Chiwenga said at the ceremony.

It’s unclear how Zimbabwe will carry out the bond sale, given that the nation is battling inflation of more than 700%, faces shortages of currency, fuel and food, and more than 90% of the population is out of formal employment.

“It would require a dramatic improvement in Zimbabwe’s fortunes to make that possible,” said Charles Robertson, chief economist at Renaissance Capital in London.

Food Shortages
Zimbabwe has endured intermittent food shortages since the government began the often-violent program that seized most White-owned, large-scale farms from 2000. The country’s rulers maintain that the land was taken forcibly during colonial times and needed to be returned to Black residents.

“Success is highly unlikely,” Jee-A van der Linde, an analyst at Paarl, South Africa-based NKC African Economics, said on the bond plan. “There is so much debt going around in Africa at the moment, Zimbabwean long-term bonds will hardly attract much interest, if any.”

Zimbabwe owes about $8 billion to creditors, including the World Bank and the African Development Bank.

The compensation agreement is for improvements and assets on the more than 4,000 farms that were seized and doesn’t pertain to the land itself, Ben Gilpin, a director of the CFU, said earlier this month.

“This momentous event is historic,” President Emmerson Mnangagwa said at the ceremony. “It brings closure and a new beginning.”

The signing of the compensation accord came a few hours after the death of Agriculture Minister Perence Shiri at the age of 65. The government didn’t specify a cause of death.

Shiri was widely criticized by human-rights organizations for his part in masterminding Zimbabwe’s Gukurahundi massacres, which took place between 1982 and 1985 and left as many as 20,000 people dead. At the time, Shiri commanded the North Korean-trained Fifth Brigade, which was accused of mass executions and torture.